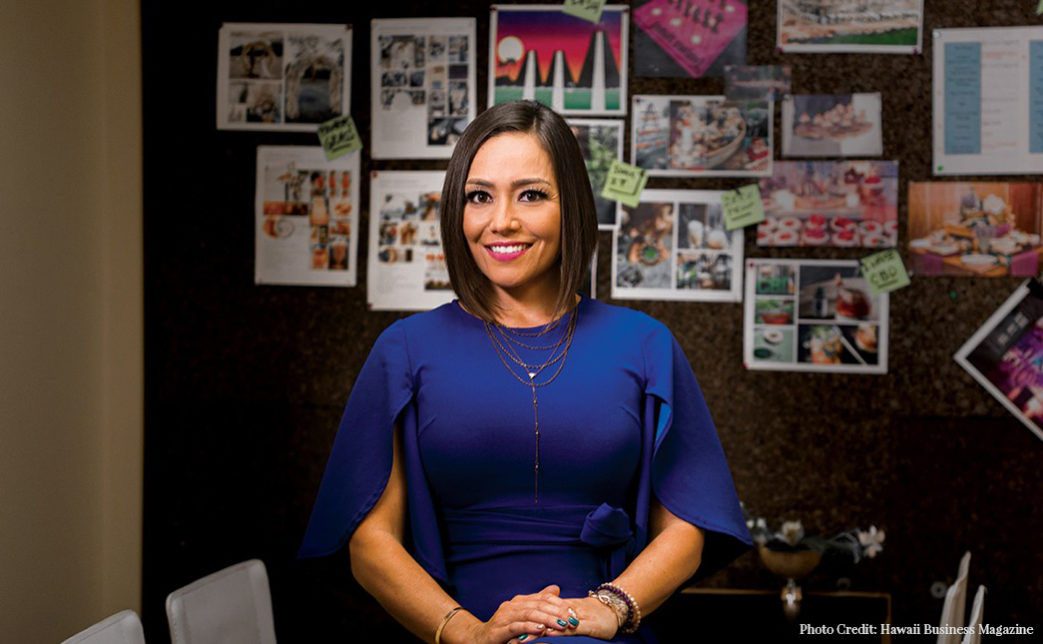 November 2019 – Tiffany Richardson was born the year her parents founded Current Affairs, a company that has created, designed and produced special events for 35 years. Last year she became Current Affairs’ president and a partner in its parent company, International Catering Concepts.

But Richardson’s rise to the top was anything but simple or easy. When she came home after college, with a major in public relations and a minor in business management, she wondered aloud what she was going to do.

“No, no, no. You don’t work for us,” she remembers her parents telling her. “They said, ‘This never was the vision, for you and your sister to take over.’ ”

They wanted her to learn the business world elsewhere.

Richardson did, spending six years working in marketing, often as an assistant in other companies. Then she approached her parents again.

“I would like to apply for a position at Current Affairs,” she told them.

“And they said, ‘What are you going to bring to the table?’

“Let’s meet,” she replied, “and I’ll provide you with a resume.”

She did, landed a job as her father’s sales assistant, and began learning the business from the ground up. “I don’t want to be the silver spoon person or get special treatment. I wanted to get down and dirty and see how my parents built this.”

In accordance with her wishes, her father never referred to her as his daughter when they met clients. She was introduced simply as Tiffany, and for years many clients had no idea she was family, Richardson says.

That respect and professionalism continues to be a watchword of the company, and for the way it treats employees, customers and family members, she says. It’s also how Richardson conducts herself, although she sees the company’s 15 employees as family, with a chatty and personal style of her own.

When she first joined the company, she says, “I was more one foot in and one foot out, trying to figure out where I’m going.”

“I said, ‘What is the vision? Where are we going with the business? I’d like to know what I’m getting into before signing on the dotted line.’ I really wanted to get into their mindset. They said, ‘What are your suggestions?’

“I said, ‘I believe we could grow, but the way is to hire more sales associates.’ On the sales team it was just my father and me, and two event managers. And they said, ‘OK, we’ll figure it out.’ Once I was able to get someone else on board and train and groom them for the job, I became sales manager. From there I was able to start to develop a team even more and look at our projections and could we afford another one. Those were the road maps for me.

“I am now seven years with the company,” says the entrepreneur, who spends much of her waking hours in the business while also raising children. Plus, there’s now a second family business, EventAccents, a specialty décor rental company.

“It’s a Millennial and a Boomer, with a myriad of complexities that those two worldviews create.”

Tiffany and her parents, Philip and Violet Richardson, continue to work together although the parents are slowly phasing themselves out. Her mother wants to leave in a year to start an allied business of her own, much like the two businesses run by Tiffany’s sister, Chantelle Williams. Chantelle’s businesses involve creating floral displays, often for special events.

He now treats her as a highly skilled and competent leader.

“It’s not gender for us,” she says. “It’s a Millennial and a Boomer, with a myriad of complexities that those two worldviews create. It’s different styles rather than different genders. One thing that he reiterates is the deep level of caregiving of the staff (that she does) and that he didn’t do. And he points that out in front of the team, and that has added a lot of dimension to me as the leader.”

As gratifying as that is, Richardson admits the responsibilities of leadership still weigh heavily.

“It’s been exciting, exhilarating, inspiring and terrifying. It’s not like I can punch out or find another job. This is our family business and those who work for us are our family as well. It’s a core value. There’s just a lot more than getting the work done.”

P.S. You can read more in our November 2019 newsletter here.